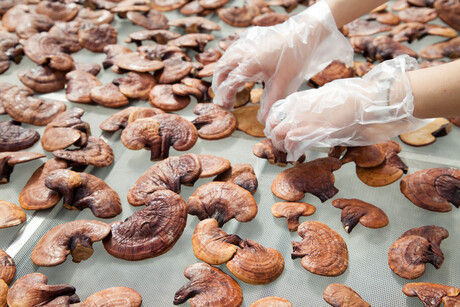 A Ballandean mushroom farm and its director have been fined $120,000 and $10,000 respectively for exposing individuals to a risk of death or serious injury under Queensland’sWork Health and Safety Act 2011, following a 2019 workplace incident that led to a worker sustaining horrific injuries. The worker had been emptying mushrooms from purpose-built racks in the growing rooms when he turned on the winch system to extract used compost from the racks. The man’s arm was caught up in the system and traumatically amputated below the elbow. While the worker attempted to remove his left arm, the winch drum re-engaged, and his right arm also got caught. The winch drum immediately stopped rotating.

The worker managed to free himself from the winch and called for help. A truck driver gave emergency first aid and applied a tourniquet before emergency services took over. The worker was airlifted to a Brisbane hospital. AWorkplace Health and Safety Queenslandinvestigation found that the 30 year-old winch system was a custom-made piece of plant with no identifying make, model or serial number as it was built by family members. The investigation also found that there was no guarding on the winch drum to provide a barrier for workers operating the winch and there were numerous exposed parts of the plant that were nip and entrapment points accessible by workers.

Magistrate Julian Noud said that the likelihood of the risk occurring was high, given the dangerous nature of the plant and lack of guarding. Magistrate Noud stated the potential consequences of the risk were severe and easily identifiable by the defendant. Steps to eliminate, or at least minimise, the risks posed were available and could not be considered complex or burdensome, evidenced by the fact that guarding has since been implemented. At sentencing, Magistrate Noud considered the director’s cooperation with the WHSQ investigation, his lack of previous convictions and his good character. The business was fined $120,000 plus professional and court costs of almost $1100, while the director was fined $10,000 plus professional and court costs of almost $600. No convictions were recorded.

A report from Safe Work Australia has revealed that 194 people were fatally injured in the...

A mining and construction company in Western Australia has been fined $230,000 after an employee...

Two workers have lost their lives in forklift-related incidents within the space of a week,...

Return to work: support your people with a robust system

Fall arrest protection: where, when, and how to choose Self-Retracting Lifelines

有限公司ntent from other channels on our network

Roadmap paves the path for a sustainable bioenergy future

COP26 — significant gains but a long way to go