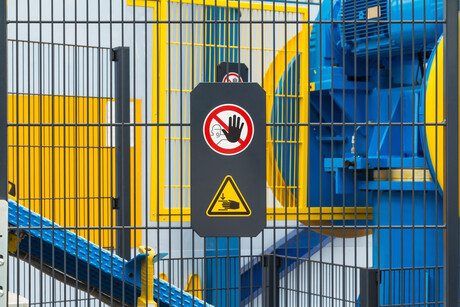 A concrete pipe manufacturing company, Precast Civil Industries Pty Ltd, has been convicted and fined $275,000 following the death of a worker at a Shepparton factory in 2018. The company was sentenced after pleading guilty to a single charge of failing to provide or maintain safe systems of work, so far as was reasonably practicable.

The court heard that one of the pieces of machinery the company would use to manufacture concrete pipes, the red radial press, was cleaned daily at the end of production. Unlike other machinery at the factory, the red radial press had no self-cleaning apparatus, meaning workers were required to hammer hardened concrete residue off the rollers underneath the concrete feed conveyor. In September 2018, the 25-year-old worker was carrying out this task when he made contact with the rollers, causing him to be drawn into the machine and crushed by the conveyor.

An investigation by WorkSafe Victoria revealed that there was no documented procedure in place for cleaning the conveyor rollers, and identified a number of reasonably practicable measures that the company could have implemented to reduce the risks of entanglement. These included installing self-cleaning rollers; stopping employees from bypassing existing safety measures that would have turned the machine off; and ensuring the underside of the conveyor belt was reached by alternative means, such as a forklift and cage.

To manage risks, WorkSafe Victoria advises employers to identify hazards, assess the risks associated with them and eliminate or control those risks by isolating them or using an alternative. Employers are also advised to train staff in the safe operation of machines and equipment and provide written procedures in the worker’s first language. Safe operating procedures should also be developed and implemented in consultation with employees and health and safety representatives. Employers should ensure that safety guards and gates are compliant and fixed to machines at all times, with signs placed on or near a machine to alert employees of the dangers of operating it. All machines and equipment should also be serviced and inspected regularly.

A metal manufacturing company has been charged for failing to provide or maintain plant that was...

A food services wholesaler has been fined $35,000 after a worker was struck by a forklift,...

Taste is most important factor for flexitarians

MakerBot and Ultimaker agree to merge

Deepwater hyperbaric test chamber to be established in WA