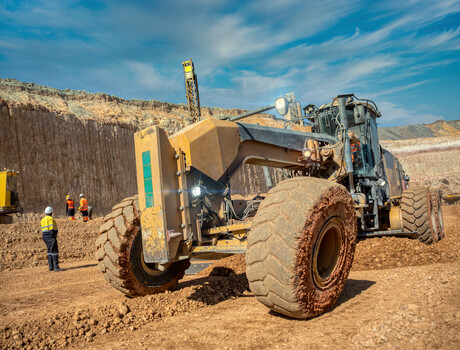 West Australian labour hire company CoreStaff WA Pty Ltd and WA-based contractor Gumala Enterprises have been fined $20,000 and $9000 respectively, for refusing to hire a qualified 70-year-old grader because of his age. The Federal Court ordered 50% of the penalties, totalling $14,500, to be paid to the affected worker, who was denied the opportunity to work. In October 2018, the worker submitted an application for a grader operator role in the Pilbara to CoreStaff, which provides labour hire and permanent recruitment services to clients across a range of industry sectors. The application was forwarded by a CoreStaff area manager to Gumala Enterprises, which provides civil construction, transport and mining-related services to clients in the Pilbara region.

2018年10月25日,人类res Gumala企业ources advisor emailed the CoreStaff area manager, stating, “I have some feedback on the grader ops… We had his details already, he applied directly with us. He has all the tickets we are looking for however [his] age is a concern — 70 years old.”

CoreStaff’s liability was determined by the Federal Court in June 2020, after a contested hearing. The Court noted that the discrimination against the worker was clear, adding that the only roadblock to his continued consideration for employment was his age. When determining the penalty to be imposed on CoreStaff, the Court stated that the absence of any indication of remorse on the part of CoreStaff is disappointing, with no apologies made by CoreStaff to the affected worker for that conduct.

“I note that CoreStaff, by the nature of its business, is in the position to disabuse its clients of any misunderstanding as to discriminatory conduct in employment and so to reduce the prospect of such conduct occurring. It is to be hoped that it will be attuned to this potential in the future,” the Court stated.

The Court acknowledged that although Gumala Enterprises is aware of issues of racial and other discrimination, it noted that the company is not immune to error, as the case of the worker reveals. The Court stated that no organisation, regardless of its beneficial purpose and role in the community, is entitled to complacency when it comes to discrimination in the employment environment.

“I also accept that there was considerable cooperation on the part of Gumala … The importance of concessions should not be underestimated. They indicate insight into behaviour… Gumala admitted liability at an early stage,” the Court added.

Gumala’s Chief Executive Officer expressed concern and contrition regarding the worker’s treatment and apologised to him through an affidavit; in response, the Court gave Gumala’s cooperation and concessions considerable weight by way of mitigation.

A subcontractor has been fined $200,000 after an explosion at the Forrestfield Airport Link...

A report from Safe Work Australia has revealed that 194 people were fatally injured in the...

A mining and construction company in Western Australia has been fined $230,000 after an employee...

Is renewables-based electrification the way of the future?

The science of delicious food

A dash of sustainable 'wonky' seltzer