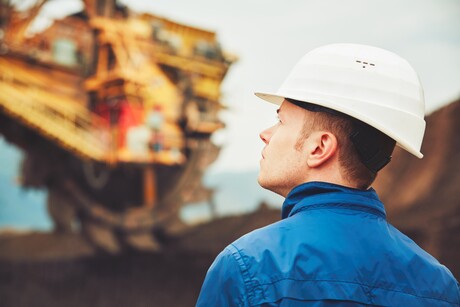 BHP Iron Ore Pty Ltd was fined $125,000 on 21 January 2022 after a contractor suffered a lacerated artery from being struck in the neck by a metal shard in September 2017.

The incident occurred while the contactor was working on an excavator during routine maintenance works at BHP’s Whaleback iron ore mine located about six kilometres from Newman.

BHP pleaded guilty in the South Hedland Magistrates Court after being charged with causing serious harm to an employee and failing to provide a workplace where employees were not exposed to hazards.

The contactor’s job included replacing a slew ring bearing between the excavator’s superstructure and undercarriage, and replacing the track chains.

事件发生当天,挖掘机的left-hand track became misaligned while its undercarriage was being moved onto the replacement track chains. The immediate area was cleared of all personnel other than three contractors to prepare for realigning the excavator’s undercarriage and track.

Two of the contractors were spotting while the third operated specialised equipment, known as a motivator, to power the move.

As the track train was propelled forward, a metal shard fractured and struck one of the contractors, who was standing around 10 metres away, in the neck.

The injured worker was treated onsite before being taken to Newman Hospital, and was then transferred to Royal Perth Hospital via the Royal Flying Doctor Service.

There had been three other incidents at the Whaleback mine site involving metal shards being ejected from vehicles and equipment since 2013, so the company was aware of the potential risk to workers.

Mines Safety Director at the Department of Mines, Industry Regulation and Safety Andrew Chaplyn said the incident was preventable and that the injured contractor was lucky to be alive.

“BHP should have implemented controls to protect the workers from the risk of being struck by projectiles during the track replacement work,” Chaplyn said.

“This includes developing a system of work that did not require workers to be within the 50-metre exclusion zone around the moving excavator.

“Where it was not practicable for all workers to remain outside the 50-metre exclusion zone, the company should have provided a physical barrier between the excavator and the workers.

“This incident is an important reminder that mining companies need to make safety an absolute priority.”

A Queensland fertiliser company has been fined after a worker was crushed by machinery at its...

Business owners have been urged to implement risk control measures when using mobile plant as a...

A metal manufacturing company has been charged for failing to provide or maintain plant that was...

One solution to optimise your care delivery organisation

Your sustainable solution to the disposable crisis

Get a complete view of your facility with ASEM 6300 industrial PCs, thin clients and monitors