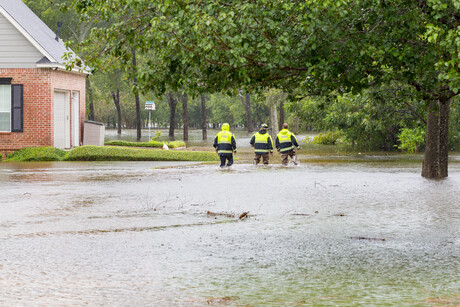 Over two billion people globally lack access to clean water, with the lives of children under the age of five most threatened. Almost one and a half billion of the world’s population faces a flood risk. Both issues are exacerbated by climate change. To combat this issue,BlackBerry Limitedhas partnered with theUniversity of Windsorto provide a flood risk and clean water monitoring solution. Based on BlackBerry AtHoc, a critical event management platform, the technology provides autonomous year-round monitoring and an intelligent early warning system, collecting and processing large amounts of sensor data, and generating alerts based on the data insights. The technology has been deployed in Canada, where Indigenous peoples are disproportionately impacted by these issues.

Its benefits include its ability to identify seasonal and unseasonal water-related risks, and generate cost savings for governments, utility companies and local communities. With the solution, local municipalities could each save up to $1,000,000 or more annually in operating expenses, alongside the environmental, safety and health benefits of early warning flood mitigation and clean water. Neelam Sandhu, Senior Vice President and Chief Elite Customer Success Officer, noted that climate change is one of the most pressing threats to the planet and requires the urgent and combined efforts of governments, organisations and individuals. “BlackBerry is committed to delivering advanced technologies that turn real-time data into intelligence and leverage our leadership in communications, to enable the safety and security of people around the world. Furthermore, we are on track to be carbon neutral this year,” Sandhu said.

The VacuFil 125i, 150i and 250i digital extraction units from KEMPER combine easy handling with...

The HEMCO Flammable Storage Cabinet is designed to store flammable chemicals, with...

Experts to discuss secure board strategies in podcast

Digital libraries at the heart of learning