Study leads to rethink on caffeine and truck drivers 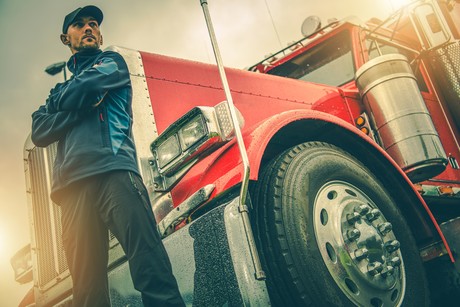 A team of researchers fromLoughborough Universityin the UK and theCenter for Truck and Bus Safetyat Virginia Tech Transportation Institute in the US set out to understand the link between caffeine and collisions, given that received wisdom and general advice that drivers often receive is that those who feel tired behind the wheel should consume caffeine. “Truckers are particularly vulnerable to feeling tired because of the pressures of shift work and long hours at the wheels,” lead researcher Dr Ashleigh Filtness of Loughborough University said. “This is a safety concern as sleepiness more than doubles the risk of being involved in a crash.”

The research team gathered data from questionnaires and medical reports from a pool of 11,000 truck drivers from the US states of California, Georgia, Illinois, Kentucky, New Jersey, Ohio, Texas and Virginia. From this pool, a sample size of more than 3000 truck drivers fit the project’s research criteria, and this pool was then split across two groups: truck drivers with high and low levels of caffeine consumption. The researchers purposefully excluded abstainers and moderate caffeine consumers (two to four caffeinated drinks per day) from their study as a measure to ensure distinct differentiation between the high- and low-caffeine consumers.

It was found that those truck drivers who consumed large amounts of coffee and energy drinks had more crashes compared with those who only drank small quantities of caffeine. Additionally, those truck drivers who consume high levels of caffeine report feeling sleepier and were associated with poorer health. The research challenges a common method of combating fatigue and crash risk in driving: caffeine. “A common countermeasure is caffeine — used in various forms including drinks and pills — and as previous studies have shown it can have a positive impact on crash risk,” Dr Filtness said.

“However, when it’s consumed in high amounts over long periods it has the potential to impair sleep and actually increase tiredness and safety risk,” Dr Filtness added. Another finding of the study was that those drivers who had held their truck licences for longer, and were on average older, tended to consume more caffeine. Dr Filtness and the research team argue that it is beneficial to study the complex relationship between caffeine and truck drivers as the group because truck drivers have a higher than average caffeine consumption rate compared with the general population. The researchers draw out a number of recommendations from their findings.

“Any interventions aimed at reducing caffeine consumption should consider two areas to be particularly important,” Dr Filtness said. “The first should be to increase sleep duration and maintain a regular sleep schedule. The second should include strategies to stop smoking, increase the number of moderate exercise sessions to at least two per week and improve diet.” Dr Filtness did, however, temper the study’s findings by emphasising that it is important that those drivers who feel tired at the wheel should not feel frightened to drink coffee, as extant scholarship does support its value in combating tiredness.

“有大量的证据表明,咖啡因is a good one-off countermeasure,” Dr Filtness said, “but here we are looking at high use [at] a level that is more than the amount that 90% of the US population would consume.” Dr Filtness’s general advice to those who employ truck drivers was simple. “Haulage companies and businesses looking to improve driver safety should take a holistic approach by finding ways to improve sleep and health together,” Dr Filtness said, adding that: “simply recommend[ing] caffeine is not enough.” The study, ‘Associations between high caffeine consumption, driving safety indicators, sleep and health behaviours in truck drivers’, appears in the June 2020 edition of academic journalSafety Science.

This article outlines the five biggest pitfalls of workplace drug and alcohol policies together...

Is renewables-based electrification the way of the future?